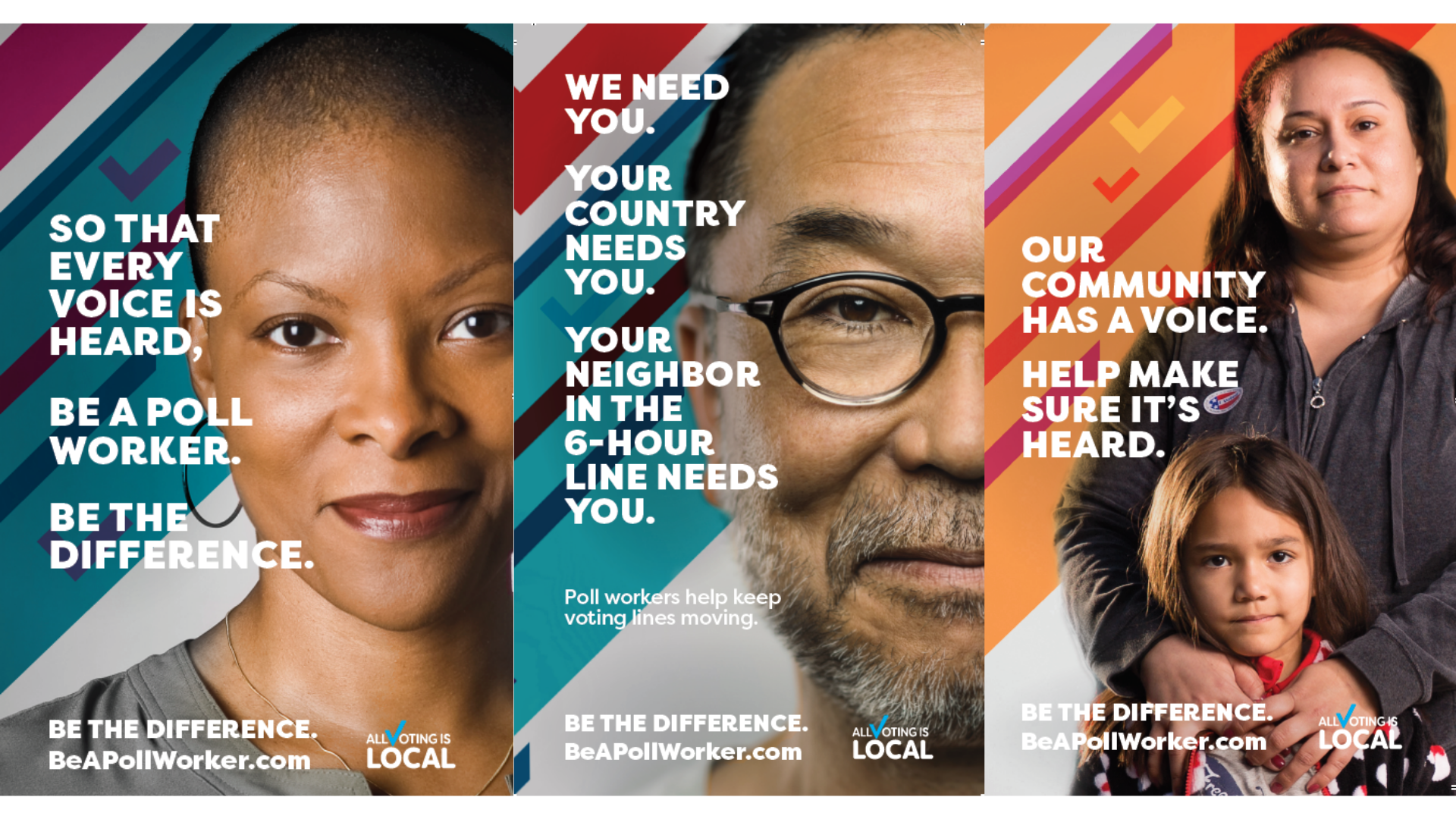 The City of Shawano encourages all citizens to vote and to become involved in the election process.  One of the most rewarding ways to become involved is to serve in your community as a poll worker or "Election Inspector" as the position is formally called.

Citizen involvement is essential in conducting open, accurate, and fair elections. We hope that you will consider participating in the election process by signing up to be a poll worker. the City Clerk's Office requires the assistance of Poll Workers to serve as Election Inspectors, Chief Election Inspectors, Special Voting Deputies, and Special Registration Deputies.

Generally, the polling places are staffed with a total of 30 election inspectors. For a presidential election, an additional 10 to 15 poll workers are needed.


Duties include but are not limited to issuing ballots, monitoring the voting equipment, explaining how to mark the ballot or use the voting equipment or counting votes. Poll workers are appointed to two-year terms so you will be asked to make a minimum two-year commitment. However, committing to one election cycle (Primary/General) is also appreciated. The City Clerk’s Office provides training on the Monday afternoon prior to every primary and election.

High school students are encouraged to work as election inspectors. A student who is 16 or 17 years of age and who is enrolled in grades 9-12 in a public or private high school and has at least a 3.0 GPA may serve as an election inspector. The municipal clerk must receive written authorization from the student's parent or guardian and school principal for the student to serve at the presidential election.

Polling places are open statewide from 7 a.m. to 8 p.m. Poll workers can work a full day which generally runs from 6:30 a.m. until approximately 9 p.m. or later in the case of larger elections. The City of Shawano also allows election inspectors to work split shifts. Please indicate that information on your application. Election inspectors are compensated for working at the polling place and for attending training sessions.

To be a poll worker, a person must:

Questions regarding elections can be directed to City Clerk/Community Relations Manager Lesley Nemetz, Dep  715-526-6138 or email .